Facebook Look Back (com.bazingaman.playback): LookBack is out salute to the great Journey that Facebook has covered so far. it is your chance to get what you gave it...... Facebook reached 10 ... Read More > or Download Now > 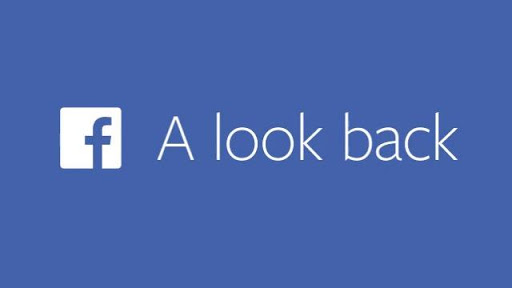 Facebook Look Back Description: LookBack is out salute to the great Journey that Facebook has covered so far. it is your chance to get what you gave it......

Facebook reached 10 glorious years on Tuesday and as part of celebrating this milestone, it has introduced a new feature that will showcase a live online video of its user's life as shared on the social network, over the years.

Facebook is able to create short (62-seconds to be more precise), personalised clips highlighting the top moments for "hundreds of millions" of its users, according to a CNN report.

The clip comprises the user's most-liked posts, a random selection of photos and life events, from the time the user joined Facebook. The video has instrumental music playing in the background.

Log on to Facebook/lookback to see your online video.

The clips, titled: A Look Back, was launched on Tuesday to celebrate the 10th anniversary of the social network, which was founded by Mark Zuckerberg and four classmates at Harvard University on February 4, 2004.

"People often ask if I always knew that Facebook would become what it is today. No way," wrote Zuckerberg, the company's CEO, in a Facebook post.

"I remember getting pizza with my friends one night in college shortly after opening Facebook. I told them I was excited to help connect our school community, but one day someone needed to connect the whole world."

The videos are available to everyone who uses Facebook in English, Spanish, Italian, German, French, Turkish, Indonesian and Brazilian Portuguese,