Amazing Spider-man Comics (com.comixstory.spiderman): Before rating the app think twice and do it.... Your 1* rating will kill our developments.. I request all the users please give me a suggestions to ... Read More > or Download Now > 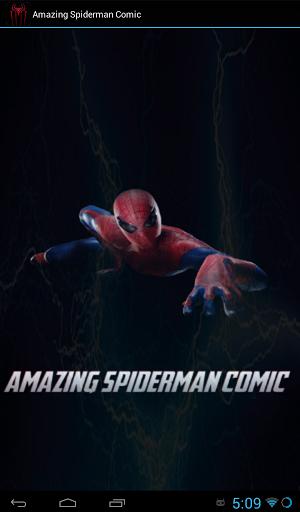 Amazing Spider-man Comics Description: Before rating the app think twice and do it.... Your 1* rating will kill our developments.. I request all the users please give me a suggestions to improve the application in all the possible ways..

Amazing Spider-man comic imaginary story developed based on amazing Spider-man movie 2012Spiderman, or more accurately "Spider-Man," is one of the most celebrated and popular superhero characters, and was first created in the early 1960s by comic book artist Steve Ditko, and writer Stan Lee. His first appearance in a comic was in the 1962 Spiderman, in many ways, represents a departure from the typical hero of the time, and was in part inspired by the upsurge of interest in comics by the teen market.

Every superhero has an origin story, a way in which the ordinary person somehow becomes extraordinary. Spiderman is no different. When we first meet Peter Parker, he’s a socially awkward, shy high schooler who on a science trip gets bitten by a radioactive spider (in the 2000s film version this is changed to a genetically engineered spider). Parker’s blood is affected by this bite, and he is suddenly stronger, very fast, and is able to shoot webs, climb buildings, and leap long distances.

After Peter’s uncle is killed, Peter takes on the role, as many superheroes do, of vigilante, and he’s not always well received by the media in this attempt. When Peter begins working as a photographer, his newspaper employer does everything he can to vilify Spiderman in the press. Later, Spiderman becomes something of the resident hero to the people in New York City.

What many have argued makes Spiderman most appealing is that his alter ego of Peter Parker is really the true person. Since this hero begins as Peter, he remains Peter, unlike characters like Superman/Clark Kent who assume an alter ego that really doesn’t represent their true nature. Peter is an awkward but very intelligent “science nerd,” and he is plagued by problems like trying to get through college on little money, helping his Aunt May after his Uncle Ben dies, and trying to balance the hectic schedule of vigilante versus starving student, and later teacher. Peter is essentially the average guy, with all the troubles of the average teen and then young adult, making him very appealing.

Though the 2000s film versions of Spiderman focus on Peter’s love for his neighbor Mary Jane (MJ), the comic’s origin story differs in this respect. Peter does have a girlfriend in high school, Gwen Stacy, who is depicted in the third modern film as a potential love interest. To remain true to the origin story, Gwen would have appeared in the first film, as girlfriend to Peter, and would have been killed by the Green Goblin. MJ is a pal in the comics, who later becomes romantically involved with Peter, and the two are married much later in the comic series.

A current that runs throughout the comic books and films is the idea of the responsibility of power, or “with great power comes great responsibility.” Peter is not just a superhero that thinks on instinct and violently dispatches his nemeses. Instead he’s a thinker, who tries, in many cases, to create justice in his world. He understands the nature of power, and its corruptive force, and endeavors to remain free of the taint of corruption so that he can see things clearly. Many of his nemeses are strong characters who choose to use their power or intelligence in corrupt and villainous ways. Peter is not always successful in resisting abuse of power, but perhaps part of his appeal is his constant struggle to be a better person, not just a more powerful superhero.