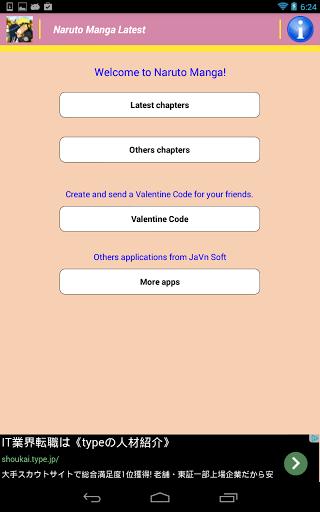 Naruto Manga Full Latest Description: Naruto (ナルト) is an ongoing Japanese manga series written and illustrated by Masashi Kishimoto. The plot tells the story of Naruto Uzumaki, an adolescent ninja who constantly searches for recognition and dreams to become the Hokage, the ninja in his village who is acknowledged as the leader and the strongest of all. The series is based on a one-shot comic by Kishimoto that was published in the August 1997 issue of Akamaru Jump.

Naruto is one of the best-selling manga series of all time having sold more than 126.5 million copies in Japan alo ne. Serialized in Viz's Shonen Jump magazine, Naruto has become one of the company's best-selling manga series. The English adaptation of the series has also appeared in the USA Today Booklist several times and volume 7 won the Quill Award in 2006. Reviewers from the series have praised the balance between fighting and comedy scenes, as well as the characters' personalities, but have criticized it for using standard shōnen plot elements.

Are you a fan of Naruto?This app provides you with the latest chapters of Naruto manga.