Live Wallpapers of the Heroes 1.02 for Android

Live Wallpapers of the Heroes for Android

More About Live Wallpapers of the Heroes App 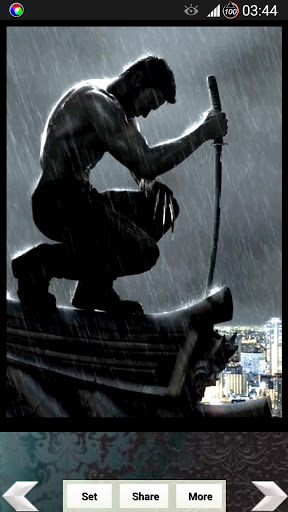 In this app you can find a collection of 10 beautiful and accurately choosen Live Wallpapers from Marvel Super Heroes characters. Note that putting togather such a big quantity of live wallpapers (in almost all cases people put only 1 live wallpaper per app) is not a common thing and this is brought to you totally for free. The collection will grow even more in the successive versions. Try it out, you will get fun :).

Disclaimer: Live Wallpapers of the Heroes app is made by fan of Marvel and DC characters and all the respective copyrights go to the relative owners (Marvel and DC Comics). This app is unofficial and is not associated in any way with Marvel or DC game or comics producers.

Marvel started in 1939 as Timely Publications, and by the early 1950s had generally become known as Atlas Comics. Marvel's modern incarnation dates from 1961, the year that the company launched The Fantastic Four and other superhero titles created by Stan Lee, Jack Kirby, Steve Ditko, and many others.Marvel counts among its characters such well-known properties as Spider-Man, the X-Men, the Fantastic Four, Iron Man, the Hulk, Thor, Captain America, the Silver Surfer, and the Avengers and antagonists such as the Green Goblin, Doctor Octopus, Magneto, Doctor Doom, Loki, Galactus, Thanos, and the Red Skull. Most of Marvel's fictional characters operate in a single reality known as the Marvel Universe, with locations that mirror real-life cities such as New York, Los Angeles and Chicago.Marvel Comics and its major, longtime competitor DC Comics (owned by Disney's main rival Time Warner) shared over 80% of the American comic-book market in 2008.

What's New in Live Wallpapers of the Heroes 1.02 >

Version 1.01
-- Fixed a problem with some devices that cause program crash.