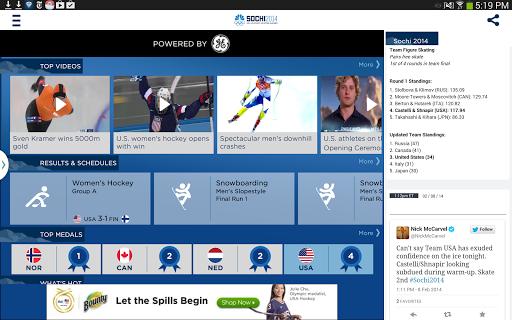 Follow every event from Sochi, including news, video and photos for every sport, real-time results & schedules, medal counts and TV & Online listings. And during the nightly Primetime Show televised on NBC, the app will feature a second screen experience that makes a great companion to the on-air broadcast!

NBC Olympics video is only accessible in the U.S. and certain U.S. territories. The application requires a 3G, 4G or WiFi data connection. Watching video over a 3G or 4G connection may affect your wireless data plan.