Epic Minecraft Island (com.noreartstudio.MinecraftFloatingIsland): Minecraft Floating Island Sky DimensionThe Sky Dimension was a planned dimension in Minecraft, intended to be the opposite of the Nether.In a live ... Read More > or Download Now > 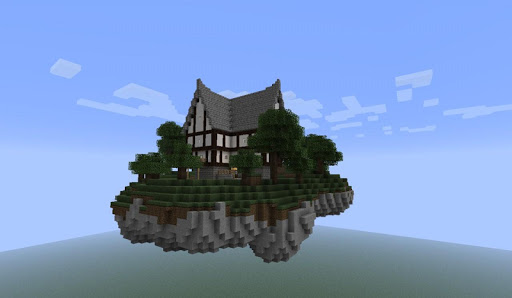 The Sky Dimension was a planned dimension in Minecraft, intended to be the opposite of the Nether.

In a live webcast on the Swedish gaming site feber.se Notch revealed that the Sky Dimension would "probably be a dream world" and that when "you go to bed there is a certain chance that you get teleported into the dream world instead. Then you will be able to do it on purpose later on."

The Sky Dimension was originally planned for the Beta 1.8 Adventure Update, but Notch put it on hold till the Nether was more fun.[1]

The original concept of the Sky Dimension was later rebranded as "The End,"[2] a dark place fittingly referred to as the "end of the game," home to the Endermen and the Ender Dragon, and a total conversion of the original idea.

Notch tweeted much later that a different "Skylands" dimension probably was still in the making. This version, completely separate from the End, was set to replace the original idea.[3] However, Jeb later stated that returning the Sky Dimension was not planned and therefore is unlikely to be done.

The most recent update to Minecraft, 1.7, includes an Amplified world type, which spawns floating islands similar to that of the unimplemented sky dimension.

In Indev, there was a map type called "Floating." It spawned floating islands full of terrain based on the World Theme.