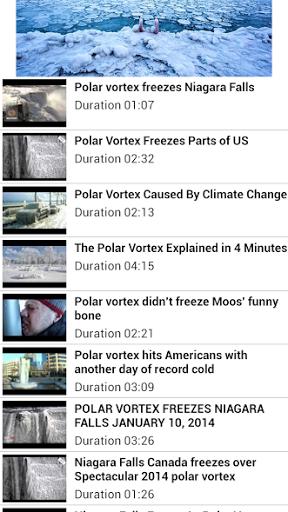 2014 POLAR VORTEX Description: The 2014 North American cold wave was an extreme weather event affecting parts of Canada and the United States east of the Rocky Mountains, extending as far south as Central Florida, and Northeastern Mexico. An Arctic cold front, initially associated with a nor'easter on January 2, tracked across Canada and the United States, resulting in heavy snowfall. Temperatures fell to unprecedented levels due to the front, and consequently low temperature records were broken across the U.S., leading to business, school, and road closures, as well as mass flight cancellations. Records of meteorological data have been kept by the United States Weather Bureau since it was established in 1870. Altogether more than 200 million people were affected, in an area ranging from Rocky Mountains to the Atlantic Ocean and extending south to include roughly 187 million Americans in the Continental United States.