The Hunger Games Adventures 1.0.39 for Android

The Hunger Games Adventures for Android

Also The Hunger Games Adventures is included in these Games collections: 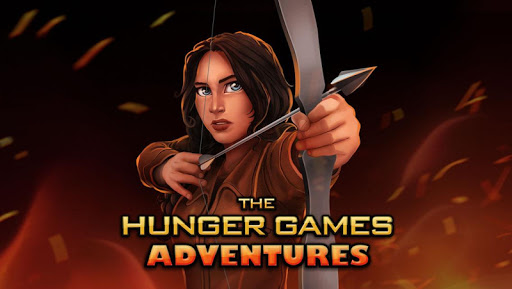 Join Katniss, Peeta, Finnick, Haymitch and Effie in more than 1,000 official story-based quests as you explore the Districts and become the next hero of Panem.

With new official stories frequently added, The Hunger Games Adventures is your chance to discover the untold secrets of Panem. Meet Finnick in District 4. Travel with Katniss and Peeta for the Victory Tour. Journey to President Snow’s Mansion. It's your turn to become Panem's next hero.

FEATURES:
- NEW STORIES: Play through dozens of never before released official stories involving your favorite characters from the books and films. New chapters are added frequently as you advance through the story line of the films.
- MAP OF PANEM: For the first time, the official map of Panem is revealed! Unlock the secrets of the Hunger Games universe and explore areas never before revealed!
- CREATE A HERO: Create and customize your character with hundreds of outfits. Get styled by Cinna!
- YOUR OWN PIECE OF PANEM: Climb through the fence to your forest hideout that you can customize with rare items collected through your epic adventures.
- FUN FOR ALL AGES: Gameplay focus on exploration and story-telling and intuitive tap and slide controls allow players of all ages to jump in and start their adventure.

Unlock the secrets of Panem in the official adventure game of The Hunger Games.

Sync your character's progress across all your Android devices by signing-in to Google Play!
Katniss, Gale, Peeta and others will have 2 exclusive Google Quests for you every week. Make sure you sign-in to Google Play.
Need help?
Contact the Game Makers at: support@funtactix.com