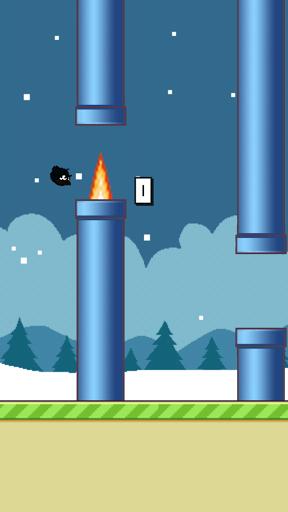 Revenge Bird -Crush tiles Description: -The 1st game of revenge!
- More than 150,000 pipes have destroyed in 1min
- More than 2,000,000 players like the game!
- TOP 10 game in googleplay .
A game for you who like the Floppy Bird,Clappy Bird,or other~The classic pipes for super mario.Fight to the damn Flame!
A bird can defeat the tom cat!Crush and destroy the pipes! Strike the defenders like a monster!

----The only one game of bird's revenge! That's a game from a crazy idea!
----Why you want play the Bird Games like an Idiot? Now the bird’s revenge is coming in! Tell your friends who are still being tortured by the waterpipes.They will be shocked by your achievement!
----Destroy the pipes,like play smash hit!
----Every review we will check it,Every requirement will help us do it better!
----A amazing game for matrix,crush all pipes to unpossible mission!

Normal Mode:
Destroy the pipes.Be careful the fire and you must fly in sky.When you touch the fire or drop,game over.

Speed Mode:
Like normal mode,but will speed up with times.

Wish our other games can take more funs to you!