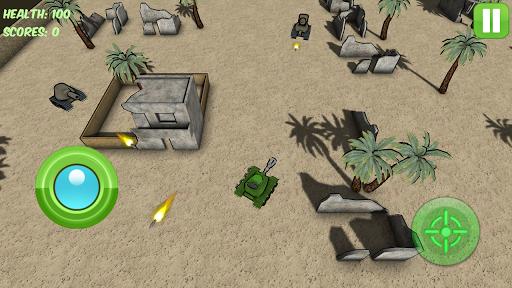 It's war time! The enemies are driving tanks, heading to your country! Stop them in the tank maze: you are the famous tank hero, the only one to prevent the ultimate demolition of your land! It's the Tank 90 3D quest!

✪✪✪✪✪ HOW TO PLAY ✪✪✪✪✪Tap the pointers to move your tank. Tap the button on the right to shoot! Your goal is to pass the maze and defeat the enemies. Come one, join the campaign! The tank wars will reveal the bravest warriors! Tank battle 3d is full of dangers: don't let the enemy tanks to surround you in the labyrinth. Also, don't let them pass. You are in charge of protecting the innocents!

✪✪✪✪✪ Tank 90 3D features ✪✪✪✪✪ ✪ War shooter 3d options! ✪ You can explode obstacles in the labyrinth!✪ The tank man can drive through the maze!✪ A lot of enemy tanks are around you! ✪ Nice tank 90 hd graphics!

The tank wars have already started! Begin the war shooting games - just get it and play on your device! Tank 90 3D is a perfect battle run challenge for you!