Also Spellfall is included in these Games collections: 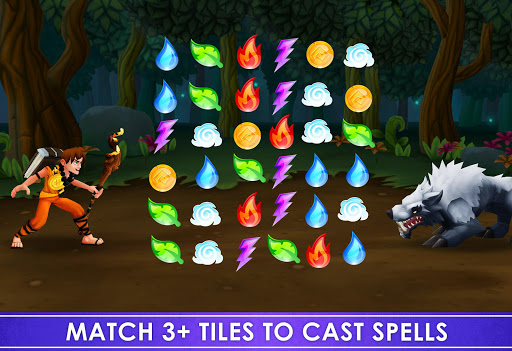 Spellfall™ is a unique tile-matching puzzle game where you cast magical spells to defeat evil monsters. Along the way, you'll master new spells, grow more powerful and acquire new equipment to aid in your fight.

Evil has met its match!

Defeat the evil beasts and you'll be rewarded with better weapons, special abilities and magical powers needed to overtake more fierce opponents encountered later in your journey. Cast out the dark spirits and save the world from ruin. Spellfall is a match for the ages.

NEW content and challenges!!!
End game cinematic when you beat the final boss
New Gamemode. Keep your stats and equipment, and play again with a higher level cap
Tons of new weapons and armors with new stats
Russian translations