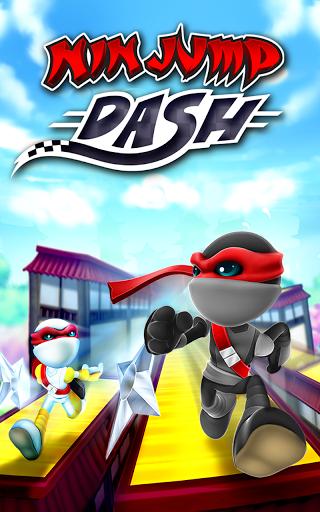 NinJump Dash Description: NinJump Dash is a live, multiplayer racing game featuring your favorite characters from NinJump, the mega-hit game enjoyed by millions of players around the world. You'll race against three real people, including your Facebook friends and random opponents.

The action is real-time.
Jump over obstacles to overtake your opponents.
Shoot rockets, portals & throwing stars at players ahead of you to knock them back.
Drop punch boxes to slow competitors behind you.
Outfit your character in pirate garb, robot gear, the female ninja look, a chicken suit and other fun costumes.
Taunt the competition.
Join a league and climb the leaderboards. Jump on in.

New Yeti Character Play as the infamous Abominable Snowman.
No more race fees All races are now free to play as many times as you wish.
Daily Rewards Come back daily to receive some great rewards.
Add friends with one tap now add friends with one tap on the podium.
Tweaked all powers We tweaked all powers to make them more accurate and fun to use.