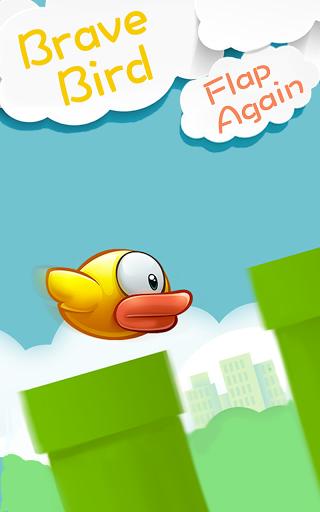 A parody of the #1 smash hit game!

A little bird wanted to fly, so she flapped again and again...

Some pipes were really awful. They came from top & bottom and set apart a little space for passing.

Brave bird, never gave up. Enjoyed herself and flapped again...

Look, that bird come back here, now we go!