Cognitile (com.expressmedia.cognitile): Cognitile throws you, a budding adventurer on a tile-based journey! Use the power of Cog Vision to watch the sequence of hazards at the beginning of ... Read More > or Download Now > 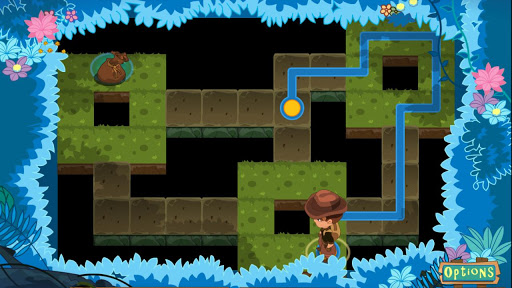 Cognitile Description: Cognitile throws you, a budding adventurer on a tile-based journey! Use the power of Cog Vision to watch the sequence of hazards at the beginning of a level and then carve a safe path through the mayhem by memory to find the hidden treasure. Make one mistake and you could fall down a crumbling tile, find yourself poisoned or engulfed in flames, get crushed by a boulder or attacked by snakes (why'd it have to be snakes!).

The game doesn't end when you've solved the 60 official levels. Enter the Workshop to build your own levels and play levels that other community members have shared. Our powerful and easy to use level builder puts the very same tools our developers used to make the official levels in your hands.

Version 1.4d:
Fixed several display issues
Version 1.4b:
Quick fix for a bug that allowed you to use Cog Vision while running a path, causing an extremely buggy overlay of the 2 gameplay mechanics.
Version 1.4:
Cognitile has been fully localized in 9 languages: Chinese (Simplified & Traditional), Korean, Japanese, German, French, Italian, Russian and Spanish.
Sound can now be disabled from the home screen.
The game now properly behaves as expected when you tap your phone's back button.