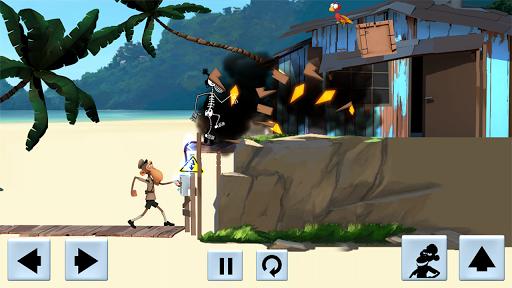 Help him and his friend Lulu record sounds from all the exotic birds on the island, using her retro tape recorder. She loves to make music with nature sounds.

Solve mindbending puzzles by controlling both Marco and Lulu in this platform puzzle game.

Prepare to be baffled when Marco starts to dance to Lulu's recordings in Augmented Reality space - see him boogie on your desk, in school or in the loo: Your imagination sets the bar!

So if tazing Pigs, Blowing up stuff, Jumping on sun beds and playing with Electricity to solve the puzzles is your kind of thing, this App is for you!

This is the official App for the animated feature film "Marco Macaco".