Throne Wars (com.flaregames.gameofknights): Millions of players are going to war and claiming their throne. Prepare yourself for battle! Join Throne Wars and build a mighty kingdom, forge ... Read More > or Download Now > 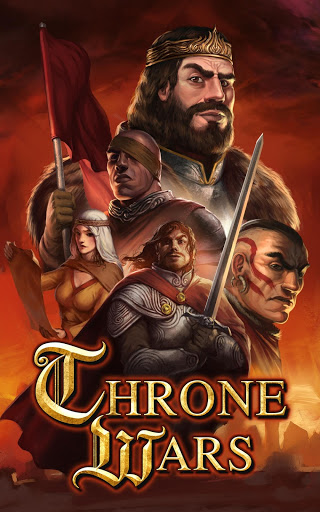 Throne Wars Description: Millions of players are going to war and claiming their throne. Prepare yourself for battle! Join Throne Wars and build a mighty kingdom, forge alliances and unlock amazing prizes.

Start out as a young regent of a single city, and go on to build an unbeatable kingdom! Dominate the battlefields, pillage enemy cities. Form mighty alliances as you compete with thousands of other Players on a gigantic map to answer one question: Who will be the King of Kings? Prove your cunning and bravery in THRONE WARS, the popular medieval building game.

===== Plenty of things to do =====
● Gather your friends into a powerful alliance and dominate the leaderboard
● Grow your city to a formidable economic power
● Recruit powerful heroes as generals and governors
● Build a commanding army to fight against other players
● Found new cities and expand across the realm
● Learn to rule the realm in easy to play tutorial missions
● Raze your neighbors to the ground and plunder their wealth
● Research new technologies, build ever more powerful weapons
● Play with thousands upon thousands of other players on a gigantic map

Download this game for free and start your own kingdom right now!

Sire, we have good news!
MORE CONTENT! Buildings now upgrade up to level 30.
LESS COSTS! We lowered the prices.