Origami Challenge (com.games505.origami): Bring the world of Origami to life!With Origami players can transform a simple piece of paper into a Japanese art masterpiece by following step by ... Read More > or Download Now > 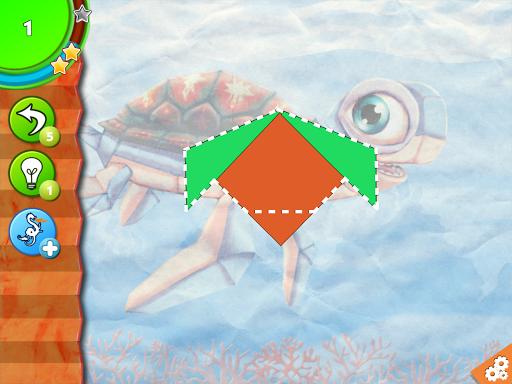 Origami Challenge Description: Bring the world of Origami to life!

With Origami players can transform a simple piece of paper into a Japanese art masterpiece by following step by step instructions. Fold with precision and in the allotted number of timed steps and then progress to the next level. Players work through various game modes and mini games to earn in game points that can unlock bonuses such as scissors, hints and additional folds. Share your progress with friends on Facebook.

• Over 100+ re-playable levels to master
• Various game modes; time attacks, simon mode and sequence mode
• Highly intuitive and fluid controls
• Fluid tutorial will help players familiarize themselves with the game mechanics and world of Origami
• Reproduce known shapes of geometry in a limited number of folds, which can be repeated off line as well!