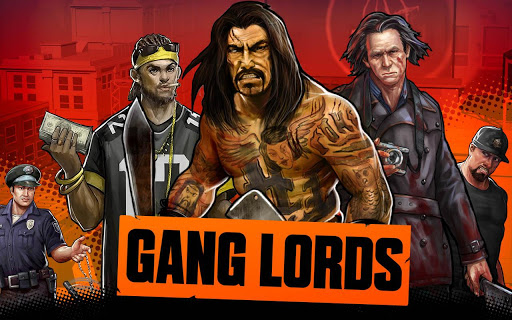 GANG LORDS Description: Do you have what it takes to become king of the criminal underworld?

The city is overrun with violence and terror as criminal factions struggle for control - but only one will reach the top! Collect cards, train your crew, and stop at nothing to overcome rival gangs.

RUN THE CITY
• Recruit hundreds of unique mobsters and gangsters from each faction
• Upgrade abilities for an unbeatable deck!
• Capture enemy gangsters to reinforce your squad
• Add friends to your deck and use them as allies in combat!

CALL THE SHOTS
• Master a fast and brutal combat system in gritty 3D environments!
• Hone your strategy in deep tactical gameplay with the mechanics of a trading card game (TCG)
• Conquer neighborhoods to climb the leaderboards and earn achievements!
• Collect hundreds of visually stunning cards and claim your turf!

Load up and be the BOSS!

Gang Lords is a free to play trading card game (TCG), but you can choose to pay real money for some extra items.