Helidroid 3D : Episode 2 (com.heuer.helidroid_full2): Take the Control of a little RC helicopter in your house ... Read More > or Download Now > 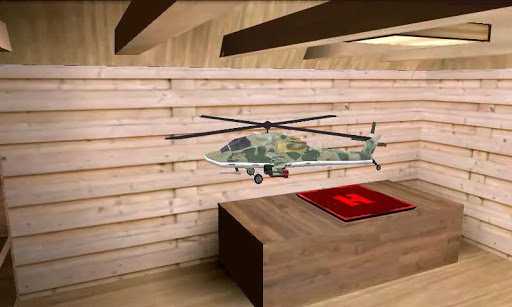 At the beginning, there are only easy misisons, like taking off from the bed and landing on the desk.
But Step by step, the missions will become more and more complicated, and a lot of new toys will appear, like a car-circuit or an electronic-train...
When you finish the game, you become a real pilot !

****
This game is a one-man developer production, developed in Java with OpenGL. It doesn't pretend to have the same finish as games made by professionnals.
Therefore, if you notice some bugs, send me an email, and i will fix them as soon as possible !
****

Bonus :
- You can control the copter with a joystick or with the gyro.
- Real physics like a flight simulator or a air plane.
- In some stages, you have rocket and gun to launch missiles and destroy cancoke or cannons to make chaos
- Add shadows and dynamic camera
- Compatible with Bluetooth-connected Zeemote joystick
- Use Accelerometer sensor if the device has not a Gyro Sensor