Tiny Run (com.june.tinyrun): Join Tiny and his friends in the most fun runner in the Store ... Read More > or Download Now > 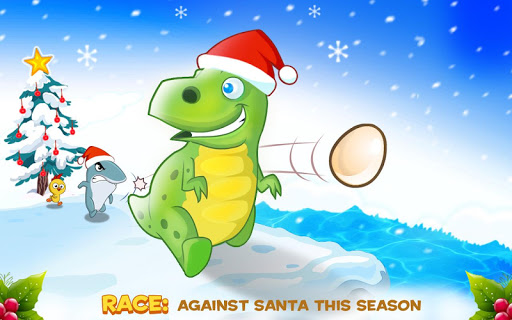 Tiny Run Description: Race with Tiny and his friends in the most fun runner that EVERYONE is playing.
Race against 3 of the cutest opponents to win races and unlock new exciting worlds, zones and weapons using sneaky and devious weapons.

Tiny Run is a single player as well as a Multiplayer racing game with upto 4 players playing together that are connected on wi-fi. Choose between various characters and levels as you battle it out with your opponents to be the ultimate winner in this race for running supremacy, using devious, sneaky powerups and low cunning to outrun your opponents.
If you think you're in for an easy win, think again, because nothing's for sure in TinyRun until you've crossed the finish line! Winning a race has never been this much fun!
Awesome Features:
- Compete across many different, beautifully-designed worlds
- Funny and despicable powerups to use against your opponents!
- Collect quirky characters with unique abilities!
- Easy, intuitive controls
- Safe for kids - No inappropriate violence
- Save your progress across all your devices!

PS - TinyRun is free to play but contains in-app purchases that can be bought for real money.

★ We have a very special, limited time character available during these holidays ONLY ★★
Guess who was playing Tiny Run?
I'll give you a hint this guy is from the North Pole ...
So a funny thing happened.
The gang (Charlie, Kona, Rexar and me) were so psyched to have Santa playing the game that we pulled him into the game itself and I mean this quite literally.
Here is wishing you a terrific Christmas and a glorious new year from the entire gang here at Tiny Run.
Tiny out!