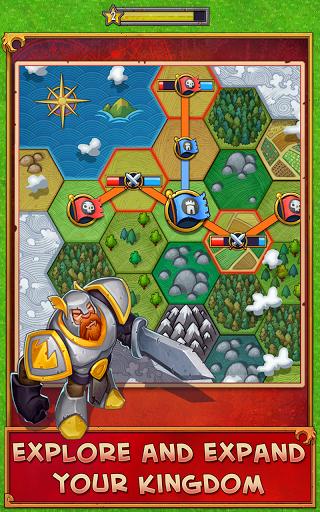 Battle Age: War of Kingdoms Description: Build a mighty kingdom and lead your armies to victory in this multiplayer strategy game of medieval warfare! Build deadly defenses and train mighty armies to conquer your dominion. Go to war with thousands of other real-world players, and fight your way across the world in this epic real time strategy combat game.

Epic Features:
★ Choose priority targets for precise control over your army like a true RTS game
★ Build and upgrade a variety of units, defensive towers, and resource production buildings
★ Match strategy and strength against thousands of other players online
★ Engage in ongoing wars with rival kingdoms for huge rewards
★ App best on both tablets and mobile phones
★ Defend your base to win wars
★ Execute your war strategy in real time using rally points
★ Build an army of noble knights, swift archers, and powerful catapults!
★ A totally free to play multiplayer game (no ads either!)
★ Master a variety of strategies from castle design to orchestrating powerful attacks
★ Strategically choose which attributes of your towers to upgrade
★ Level up to earn the ability to fight with Mighty Dragons!

Have any problems with the game or suggestions on how we could make it better?
Let us know at battleage.support@metamoki.com

Join the Discussion in the Forums:
- http://bit.ly/15j4kvl